I received my (early out) military discharge from the U.S. Navy in December of 1971 after serving 3 years, 10 months and 22 days of what I had thought were the worst days of my life. It took the rest of my life to realize that what I had learned in those years is what had kept me alive all these years. As I slowly walked around the The Nevada State Veterans Memorial I found it hard to click my camera shutter at times as each of the 18 statues seemed to call up memories of the men that I had served with and my hometown friends that had served and died in the same war that I had served through. The names and faces of men that I thought I hated being around in those days came flooding back into my mind, - and I missed them. 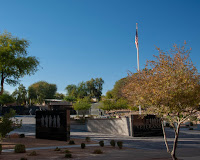 Since May of 2016 the Nevada State Veterans Memorial, Las Vegas has honored the heroism and spirit of those who have served in the military of the United States of America.  The memorial is located on the grounds of the Grant Sawyer State Building at 555 East Washington Ave., just north of downtown Las Vegas, Nevada. 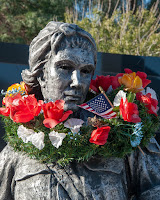 The Nevada State Veterans Memorial recognizes the service and sacrifice of Americans, especially Nevada veterans and their families who have or will answer the call of duty.  The two-acre memorial and park featuring 18 statues of soldiers, from the Revolutionary War to the Global War on Terror and civilians sits on the grounds of the Grant Sawyer State Building, a government office building located at 555 E. Washington Ave., Las Vegas, NV. 89101. The sculptor of the statues is Douwe Blumberg. His website is (http://www.douwestudios.com/news/) here. The organizations responsible for Installation: American Shooters, Inc. and the Las Vegas Veterans Memorial Foundation..  The memorial serves to honor the heroism and spirit of those who have, and will, answer the call of duty. 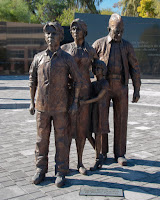 Nevada State Veterans Memorial - on Facebook.
This memorial made me think of all the men and women I have known that served to keep America strong and free, and all of their sacrifices. It made me realize that simply serving in the military is a mark of bravery.

*****
My name is Keith Birmingham. I click as a photographer, journalist and writer. I busk as a musician, singer, and songwriter. I travel as a photojournalist and musician. My home base is Las Vegas, Nevada. I own Better World Media, a company dedicated to my life passions of music, photography, and travel. I invite you to subscribe to my blog at Better World Media. 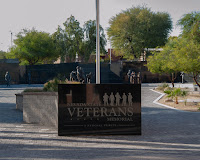 I got my first good look at the homeless problem of Las Vegas as I exited the I-15 Freeway at “D Street”. That is where I found the first block of homeless camps, and I soon realized this was just the beginning. I desperately wanted to park my car, grab my camera, and start shooting. Out of respect for the people huddled in the morning cold around their sidewalk-homes I just kept driving slowly through the camp and that was just the beginning. Because the visiting hours for the memorial are 08:00AM to 08:00PM I had time to cruise around the neighborhood. What I found was that every block in a neighborhood of at least a square mile had homeless camps that line most, if not all, of the length of the block. And, I knew that many of these people living on the streets are veterans of America’s military. I am at a loss for words to describe how I was feeling as I pulled into the Grant Sawyer State Office Building parking lot. But it was after I parked my car, grabbed my gear, and walked the 100 yards to the outside memorial that the emotions I was already feeling grabbed my heart in a chock hold that took me to my knees. 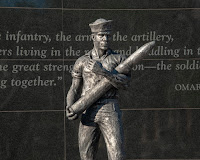 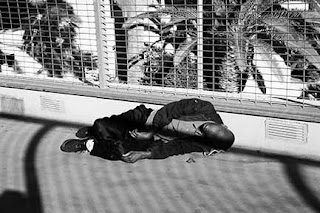 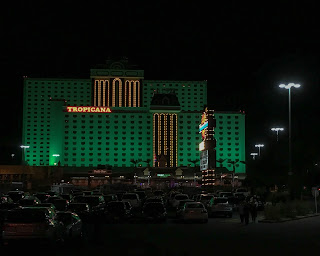 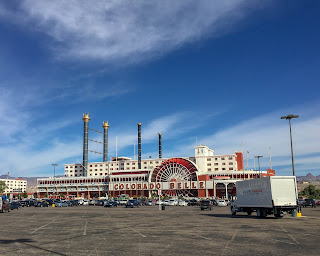 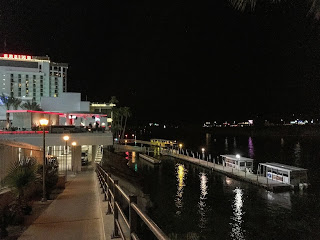 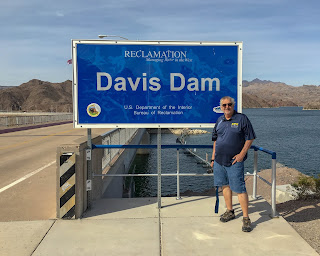 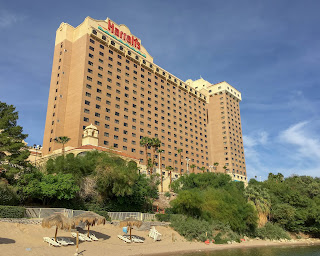 Are sponsorships for events only? I hope not. I have an idea that I am working on to get sponsors for my work in #music, #photography, and #travel. I'm hoping this will provide the backing I need to travel as I do my photography and music. 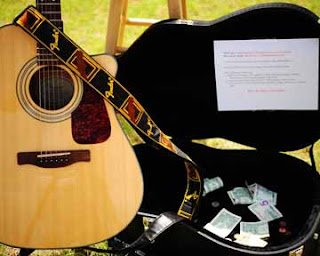 Contacting major manufacturers of camera and music equipment in exchange for reviews of their products and the use of my photos on projects they ask me to work on will be one way in which I will seek sponsorship. I also plan to contact leading travel-related businesses. I will be asking them for funds to support my needs in return for promotional services of their companies. And, I will be writing travel and how-to articles that I hope they can use. I am also trying to build a freelance relationship with news agencies for a specific photography purpose of my travels.

With or without sponsorship I do plan to begin my travels in the not-to-distant future.

Learn to travel. Travel to learn.
This is the diary of a Senior Van Man.