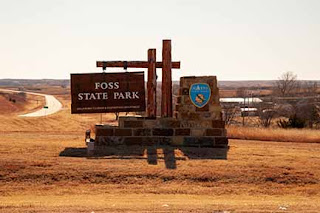 *****
Foss State Park is located on Foss Lake in western Oklahoma near the town of Foss.
Amenities: Abundant reservable campsites, 10 campsites have full-hookups, sites for the big rigs, many shaded sites, and over 100 tent sites are available. All sites have water services and 30 or 50 amp service. There is a fully furnished ADA compliant cabin and at least one other fully furnished cabin now available but on a reservation basis. A campsite for equestrian activities is now available with a multi-purpose trail for horseback riding. 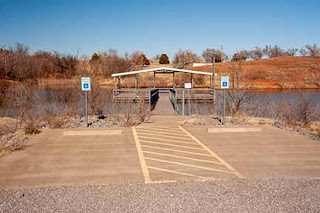 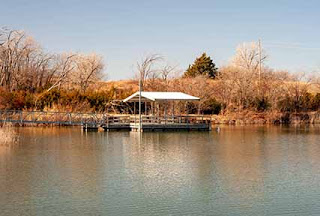 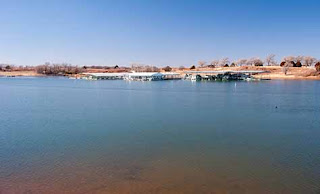 Waterfowl:
Washita serves as a winter resting area for four species of geese and 22 species of ducks. Canada geese, snow geese, Ross’s geese, and greater white-fronted geese gather in great numbers at the refuge, resting by night on the waters of Foss Lake and feeding by day on area farm fields. Winter of 2011 saw a record number of geese on the refuge, with 144,970 geese counted as they flew from their roost on Foss Lake! The most common ducks found here are the mallard, American wigeon, gadwall, northern pintail, ring-necked duck, redhead, and hooded merganser. Ducks are often found foraging in the refuge’s moist soil units or floating on the waves on Foss Lake.
Resident Wildlife:White-tailed deer, Rio Grande wild turkeys, red-tailed hawks, coyotes and bobcats are just some of the species that call the refuge home all year long. Resident wildlife species are animals that don’t migrate to other places to escape the cold winters or find better places to raise their young. They live on the refuge and surrounding area all year, and depend on the western Oklahoma habitat to meet all their needs, including shelter from winter storms, water for their daily lives and shade from the blazing summer sun.
Habitat:Washita NWR encompasses more than 8,000 acres of rolling prairie, woodlands, farm fields, mud flats, marshes, and open water. The refuge is located in the transition zone between shortgrass and tallgrass prairies, and has grass species including buffalograss, little bluestem, big bluestem, and indiangrass. Western soapberry trees and black locusts form small groves on the landscape, and the winding Washita River provides water to fill Foss Lake. This variety of habitats provides homes for a diverse array of wildlife. So far, 271 species of bird, 46 species of mammals, 39 species of reptiles, and 11 species of amphibians have been found on or around Washita NWR.
at December 24, 2019 No comments:

Below you will find a screenshot of one of the local (Henderson, NV.) parks that I have photographed. I am now making screenshots of every gallery on my Better World Media website, and I plan to use them in my social media posts. I also think I may be able to use some of them in advertisements for my photography work. Another reason for taking these shots is simple to show me a record of work that I may need to do, like adding photos to some galleries. These shots are taken from my BWM on Adobe Stock site.
***** 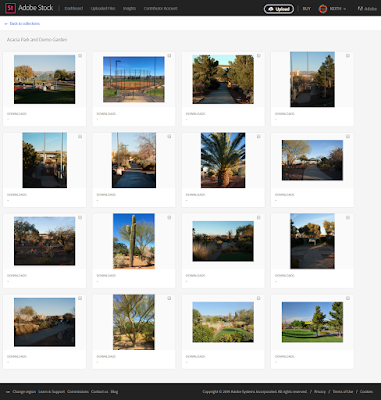