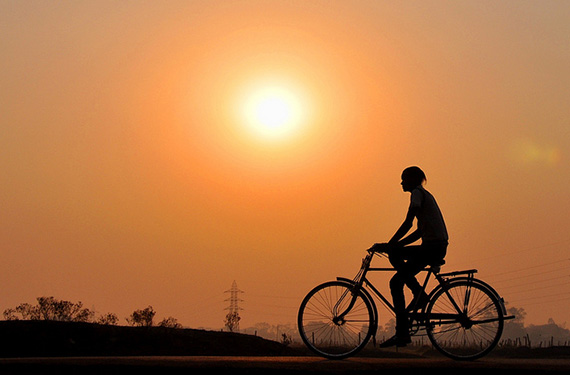 http://www.picturecorrect.com/tips/sunset-silhouette-photography/
at January 28, 2016 No comments: Links to this post

This is a letter I received today from "The Writer's Life". It was written by Donna Baier Stein.

Dear Keith Birmingham,
At some point, you're going to hit a wall.
Maybe you've come up with a great idea for a novel you want to write. You've told your best friend, your biggest supporter about this wonderful new project you're starting.
You've even managed to write a few pages or paragraphs.
And then … you find yourself unable to continue. You're stumped.
You sit down with the page or pages you've already written and can't for the life of you think of what to write next.
So you get up, fix yourself a second cup of coffee. Throw another load of laundry in. Decide now really would be a good time to clean out the front hall closet.
Maybe later in the day you somehow make it back to the computer screen or writing pad but … nothing.
The well's gone dry. And you fear it's dry forever.
Writer's block can rear its ugly head in so many forms! But again, there are many writing greats who've gone before you and managed to defeat this dreaded demon.
Here are some of their tricks:
Maya Angelou likes to just write her way out of it, forcing herself to put words — any words — on paper until she reaches the other side.
Neil Gaiman favors calling on unseen forces; when he reaches a writing impasse he puts away his manuscript and ignores it for as long as it takes until his subconscious takes care of the dirty work.
And Hemingway used this trick:

The best way is always to stop when you are going good and when you know what will happen next. If you do that every day when you are writing a novel you will never be stuck.

There is not a single "writer's block" — the phrase is a bucket into which to dump a whole sick ward of ills …
Fear of not being good enough. Inability to stay the course. Brain freeze when you're trying to set up a scene.
Sure, it can be frustrating when your head feels like it's stuffed with cotton balls. But here are some ways to break through the barrier of writer's block and get your creative juices flowing again:

Go for a jog, a walk, a swim. I'm always amazed how helpful it can be to get away from the computer and do something non-mental. Exercise gets the blood flowing and the ideas churning.

I've even known writers who will type out, word for word, a favorite passage from a favorite author, as a way to prime their own creative pump.

Set yourself a goal of writing — anything — for ten minutes without stopping. Don't lift your pen from the page or your fingers from the keyboard. Don't worry about spelling or grammar or anyone else ever seeing what you write. Just write whatever comes out.

Sometimes, using another part of our brain can help. Sometimes, listening to music can change our mood, lead to more flow inside ourselves. Which then leads to more flow of words onto the page.

Let's say you've started writing an opening scene in your book. But you have no idea what you want to have happen. Instead of forcing yourself to write complete sentences, just jot down some ideas. Brainstorm, again without judging any ideas. What's the worst that can happen? The best? Who is your main character? Write a list of their best and worst traits.
Really, breaking writer's block can be pretty simple. Usually a block happens because our standards are too high and we're sure we can't meet them. But at the early stages of your writing process, simply writing whatever comes to mind is a great way to start. Stream of consciousness … it's like priming an old water pump, it gets it flowing. There'll be plenty of time to do the all-important editing later.
One more trick to keep in mind: take regular breaks. According to the Pomodoro Technique, we're most productive when we work in 25-minute time slots.
See which of these tricks work best for you … and you may never have to struggle with writer's block again!
To your success,
Donna Baier Stein
at January 28, 2016 No comments: Links to this post 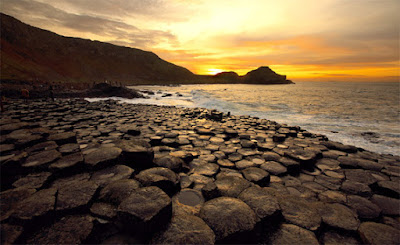 http://www.picturecorrect.com/tips/texture-photography-essentials-and-tips/
at January 28, 2016 No comments: Links to this post

Photography, Music and Travel: It's What I Do

OK. Let's get down to the guts of the matter. My quadruple bypass heart surgery was back in 2002, but I had managed to go back to work for another 7 years. Finally, due to pure exhaustion I was forced to retire for health reasons from a 35 year career in the transportation industry. Mostly, it was pure exhaustion.

But, these days I get around pretty good for an old man, and I am working at turning my 3 passions in life into commercial enterprises. Those 3 passions are photography, music and travel. 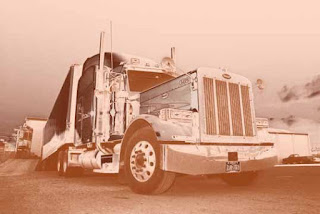 After 35 years in the trucking industry it still feels great to me to be around trucks, trains, planes, and all other forms of travel. 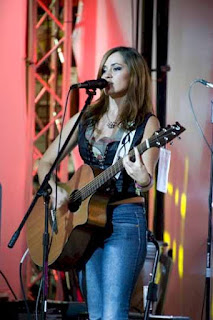 I shoot performers at small venues. It gives me a chance to meet new people, and get great photos. 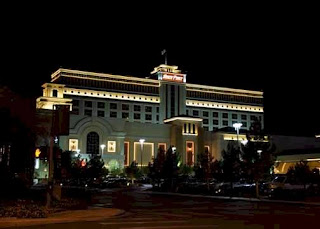 I love to travel. I would do it every day if it were possible. But, there is, always and forever, the book work. 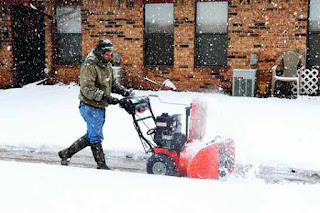 Photography, music and travel. It keeps me busy and out of trouble. It feeds my stomach, and it feeds my brain. It's what I do.

Secrets of Driving Traffic to Your Blog (Rosh Sillars) 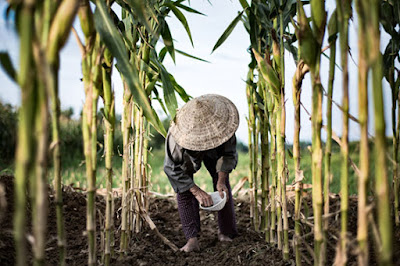 https://youtu.be/VYAHmjaeoTA
at January 25, 2016 No comments: Links to this post 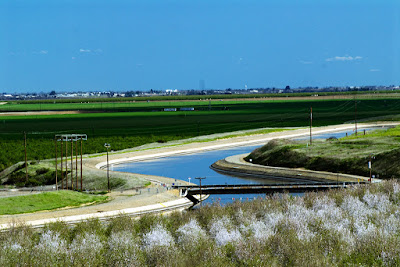 Water Supply In The Big Valley

I shoot what I shoot because I do what I do. I shoot events such as open mic events because I network at these events, and I participate in these events. I shoot lifestyle photography because my camera is always with me, and there is always something new to shoot, - like a trucker high up on his load in high winds covering his load with a tarp. I shoot travel photography because many of the things that I photograph encourage others to come and see it too, - like the space capsule at the Sheppard Air and Space Museum. I write what I write because I have experienced it, or I am experiencing it while shooting my travel photography. 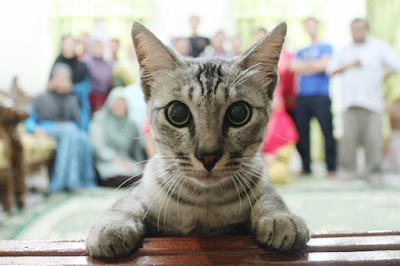 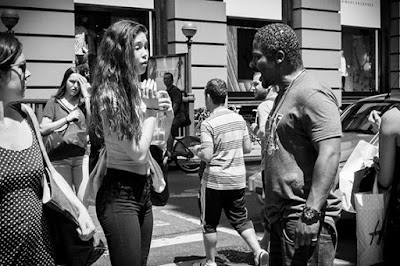 How to Photograph Wildlife – PictureCorrect

How to Photograph Wildlife – PictureCorrect

http://www.picturecorrect.com/tips/how-to-photograph-wildlife/
at January 11, 2016 No comments: Links to this post

One Side of My Family


This musical photo album is dedicated to "one side of my family". The people in this album are my children, grandchildren, great grandchildren, and my first x-wife. They are very dear to me, but I do not know them. That is, I have tried since 1972 to be a part of this family. Way back then things were not working. By 1978 I had become a full blown alcoholic.  I had no real employment profession. I lived in a city where I did not belong. I was in deep depression. I felt I had become unwelcome (and I had), and for good reason. But, most of all I was afraid that I would physically hurt my family. And, yes, I often contemplated suicide. And, I left.

It took a few years, but I settled into the over the road truck driving profession. I sewed some wild oats, but I also tried to get back to see my family as often as possible, which was not often enough. Finally, several years later I remarried, and we started another family. That marriage too, was a failure. However, I had sobered up, and started growing up. On July 3rd, 1993 I attended (by shear accident) a rock concert in Dallas. That concert started be on the long road out of depression. After many, many, many, years I finally began to realize how people in my life only seemed to want me around when they needed money. I will be 67 years old in a few days. It was less than 8 years ago that I came to the realization that I am the only person I can or should depend on for my happiness. And, I finally learned the correct use of the two most powerful words in the English language, yes and no. Without going into deeper detail that is the next to the last time I spoke with my children from my first x-wife.

Maybe they are better off without me. Even though there has not been a day go by in my life that I have not longed for contact with each of my now grown 4 children (2 from each x-wife) I have not beg for affection, and I will not go where I am not wanted or where I do not belong. I have not done so since 1978. But, that does not stop me from loving them, missing them all day, every day, and praying that they all have good lives.