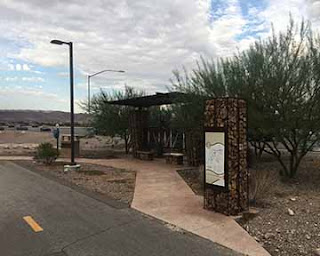 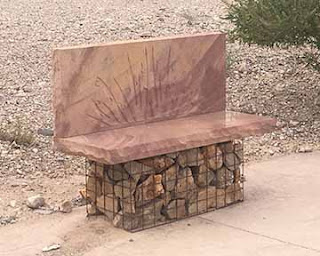 It was 2 weeks ago and in the mid-90's when I walked the first mile of St. Rose Parkway Trail. And, I have only been to one park since then. But, dang, it's hot out there. So, I have stayed inside where it is nice and cool. And, I don't regret it. But, when I left the house this morning it was 80 degrees and cloudy. That made for good walking. 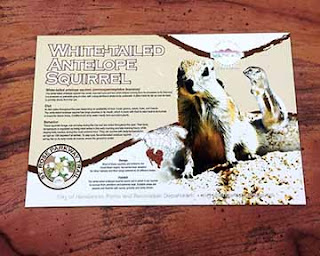 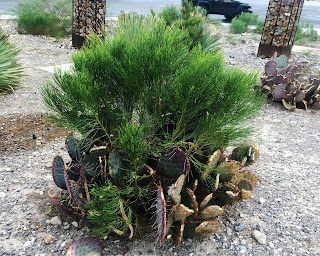 Facts and Points of Interest
*****
As planned I began my walk at Burmuda Avenue, the end point for my first walk up this trail. And, as I said when I started walking this trail I do not expect to gain much photographically while walking this trail, but I will get exercise. I expect it to be this way for a least the next two miles of the trail. After that I may be able to find some things of interest to photograph since I will be starting to go through commercial zones. 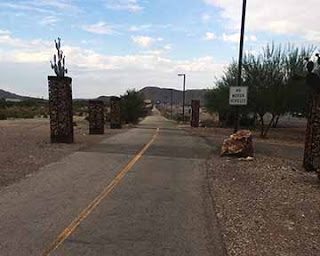 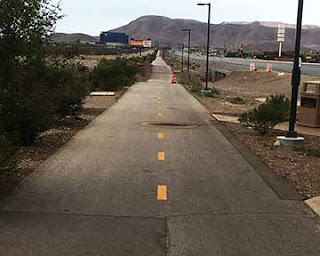 Looking back at where I've been
*****
St. Rose Parkway Trail runs northeast from the "M" Casino/Resort at I-15. It goes for several miles, but I believe it now ends just before reaching I-215. However, there is plans to extend the path eastward along I-215 for a few miles. There are at least 64 city parks in Henderson. I have not researched the number of parks in the Las Vegas Valley. Plus, there are several paths/trails that extend outward from St. Rose Parkway Trail. So, if I am going to walk and photograph all of them I do have a lot of walking ahead of me. Which begs the question; "How am I ever going to find time to photograph anything in Vegas other than parks and trails?"

I will find a way.

All photos were shot with an iPhone 6s.